How To Totally Declutter Your Digital Spaces 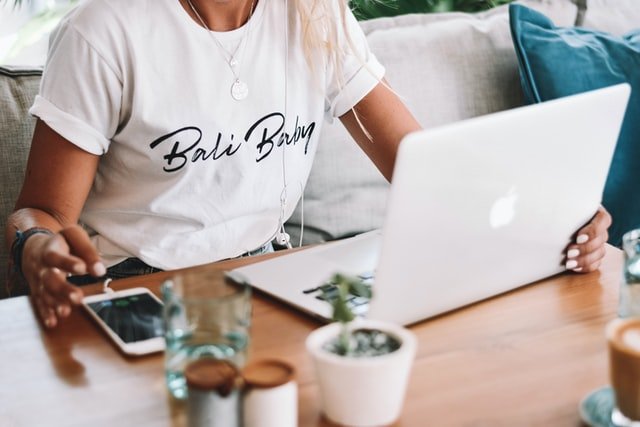 When you think about decluttering you probably think about cleaning out your cupboards, getting rid of things in your closet that you no longer need, or going through that dreaded junk drawer. Decluttering is such an important thing to do from time to time. There are lots of benefits of having a cleaner space and less stuff! But, when was the last time you did a DIGITAL declutter? You know… your phone, computer, inbox, etc. I have always had this type of decluttering in mind. I always thought about doing it but never did. Why? Because it’s freaking annoying and I knew it was going to be a task and I just didn’t want to get involved lol. However, I started noticing my inbox getting reeeeeally full (like over 1000 unread emails) and started to notice how hard it was to find receipts and other important things sooo I decided enough was enough. It started with my inbox but kind of snowballed from there. It’s still ongoing and always will be btw which is again, annoying, but it feels good to have my digital life a little more organized!

What is digital decluttering?

A quick gist of digital decluttering is getting rid of digital items no longer needed and tidying up your spaces to be more organized. At first, I thought this was mostly about emails, pictures, and things like that. However, I realized it’s so much more than that. It’s also the apps you use, the websites you save, notifications on your phone, and much more!

My inbox problem started looking like no big deal when I started looking at alllll the stuff in my digital life that I was going to have to look through and organize. I won’t lie to you – it was  a little overwhelming. I mean, I hadn’t even considered digitally decluttering ever so I had a lot to go through. I made a plan (sort of) and started to just tick things off the list over time. So if you are sitting there thinking you’d like to do this but feel super overwhelmed, don’t stress! It is doable and I will share how I did it!

Where to start your decluttering

Like I mentioned before, when I realized how much goes into digital decluttering I was overwhelmed. Picking a place to start seemed impossible… so I did what any Type 9 enneagram would do and made a list. I made a list of all the things I wanted to declutter. My list looked like this:

So now I had a place to start. I just made a quick decision on what list item I would check off first and I went with the email inbox. It felt like something super long overdue and also something mindless that I could do when I watched TV (I mean, you gotta have a little bit of fun doing this right?)

I know some people have thousands of unread emails in their inbox (these people are CRAZY btw, sorry if that’s you but damn that’s a lot of emails). I had about 900 unread emails. It felt like a lot to me. I also have about 3 different emails and they all had roughly that many emails sooo I had quite the task on my hands! I picked my most used email to start with and just got to work. Here is how I would suggest decluttering and organizing your inbox:

Obviously the first step is to clean out the inbox. Look for any subscriptions that you have and unsubscribe from the ones you never open. Hint: you will easily be able to see this when you scroll through your email and look at UNOPENED emails. For example, I subscribed to a few bloggers and other content creators because I wanted a freebie they offered at some point but then never really cared about their weekly or multiple weekly emails. So, I just went through and unsubscribed. I also noticed that I literally never ever open the emails from brands like Bed Bath and Beyond. So I unsubscribed from those too. Chances are I will somehow end up back on their list lol but for now, it minimizes the clutter!

I am too anxious to just hit the “select all” button and hit delete because I worry I’ll delete something I need (even though I haven’t looked at it in ages and probably will never need it lol). What I did was use the search bar and type in brands or names of people I get a lot of emails from like Bed Bath and Beyond. Once that pops up then I can select all and delete all the emails from that one person. I did that a few times and then it was much easier to look through the others and see if there was anything I needed/wanted to keep!

There were some emails I wanted to hang on to for the time being but I didn’t want them just floating in my inbox ready to be lost again so I made a folder. I just named it “To keep 2021” so I know there are possibly important emails in there and to review at the end of the year. You could also make folders for work related things, receipts, emails from bloggers you enjoy and would read again, etc. Whatever works for you and is functional!

The multiple pages of phone apps

Anyone else download an app on their phone and then look at it once and then never use it again but KEEP it because who knows? I am so bad at this! It’s low key, kind of like hoarding lol. I don’t know why I struggle to part with things (especially apps which can be redownloaded lol). My phone had an embarrassing amount of pages for my apps. They had no rhyme or reason. I couldn’t find things. It was something I have thought about fixing but just never wanted to. BUT I made the decision to declutter so damn it, it had to happen. Let me tell ya how I did this…

Be real with yourself and just delete the apps you don’t use. I had multiple photo editing apps, clothing apps, games, etc. I did not need any of these things so I just started to mass delete and see what I was left with

Folders are your friend! I created a bunch of folders like social media, food apps, banking, photo editing, games, and whatever else I needed for the leftover apps. Pro tip: there are some apps you can’t delete because the phone needs them but you will literally never use them so I made a folder called “don’t use” and just put them all there so they don’t crowd up the app pages! Once you have the folders the space will look much cleaner and then you can decide on what to do with the apps that don’t really fit into a category. I left those ones out and just filled one full page with them. Once I get over a page then I know I need to reevaluate or put some new apps into the folders!

So, that is my current journey of digital decluttering. I still have more to do like my notes app, bookmarks bar, and photos… the photos will be the death of me for sure. But I feel good getting 2 major items done and it totally motivates me to keep going. It really is just taking one step at a time and remembering that not everything has to be done all at once. It’s allowed to take several days to complete, it’s not a race!

What do you plan on decluttering? Do you have any tips to share? I’d love to hear them, share below! 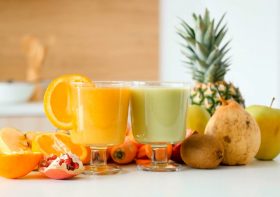 The Best Smoothie Recipes For Summertime 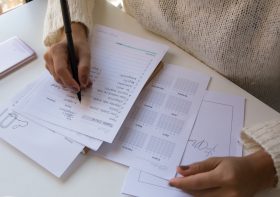 How To Plan The Perfect Life Admin Day 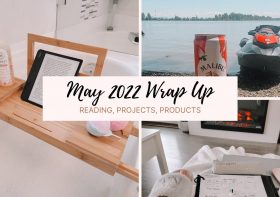 I’m Deanna, a 20-something blogger & small biz owner with big dreams. I share all things lifestyle & the lessons I learn to help you create a life you love. So, grab your fav drink and enjoy!