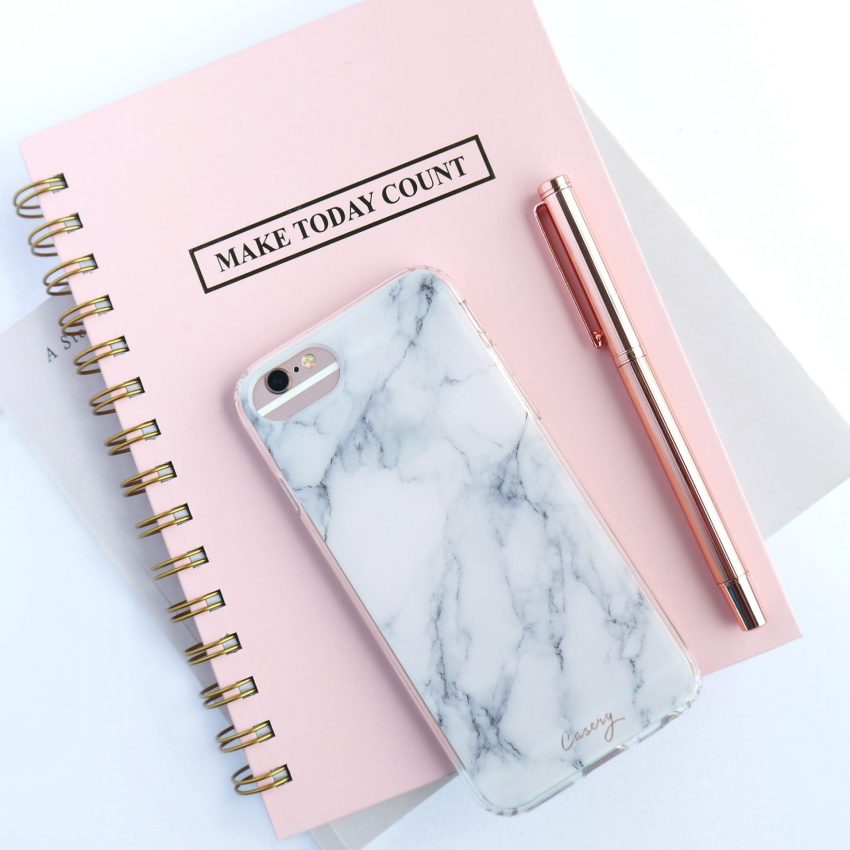 Have you ever had a to-do list that was basically just a long list of every single thing you need to do? It’s not organized, it has no rhyme or reason, and you just keep adding to it? Well, chances are if you have a list like that you aren’t checking many tasks off because it is OVERWHELMING! I don’t blame you either because just the thought of that list has me stressed out. Writing a to-do list does not need to be difficult or a place to just dump all of your thoughts. A to-do list can be organized and prioritized in such a way that completing tasks is easy and rewarding!

I will be the first to say that I have written some very long lists when I was feeling particularly motivated that ended up being total fails. There have also been times when I would just keep moving a task to the next day and the next and the next and so on for literally the rest of my life. So, to avoid that from happening forever I had to find a different way. I knew there had to be a better way to write a to-do list that would make me more productive and I was right!

Also, is there a better feeling than ticking a task off your to-do list? Not really! There is a reason we like lists and getting to physically cross things off. That is because it triggers the release of dopamine! Dopamine gives us positive feelings such as pleasure, happiness, and motivation. So really, once you find a way of writing a to-do list that works for you it becomes a bit addicting to cross things off the list.

Disclaimer: Links included in this post might be affiliate links. If you purchase a product or service with the links that I provide I may receive a small commission. There is no additional charge to you! Thank you for supporting my blog!

I think that everyone has problems with to-do lists at some point. Personally, I go through seasons with to-do lists. Sometimes I like just having a brain dump and all my tasks are in one place, other times I need it to be more organized… it really just depends on what is happening for me at the time. However, there are some issues that everyone faces and some reasons for why to-do lists fail.

There is too much going on

Even though it can be nice to just get all your ideas out on a page it doesn’t mean that should be your to-do list. If you like to keep your work to-dos, personal to-dos, shopping list, birthday reminders, and social media calendar all in one spot… that is just too much!

Tasks get forgotten or lost

Like I mentioned above – it’s easy to just roll over uncompleted tasks into the following day. And that is not necessarily a bad thing. It becomes negative when the same tasks keep getting pushed and then weeks or months pass and they haven’t been dealt with OR they are forgotten because you forgot to rewrite them at some point.

Even if you do have a long list of things you need to get done, it’s important to prioritize the most important tasks first. It doesn’t mean you won’t get to the other tasks, it just means that you will work on things one at a time (aka not multitasking) and once complete move to the next task!

There are sooo many ways to write a to-do list, plan your week, or plan your goals. There is not necessarily a right or wrong way to do things. It is just dependent on what works for you. I shared my struggle with planners. There are a million planners out there and most of the time I use them for 3 months and then they sit in my desk never to be seen again. That is not what I want for you when it comes to completing your tasks! So, here are some ways to write a better to-do list that is more effective than what you are doing right now!

The Ivy League Method is simple but effective. Write down up to 6 tasks that are the most important ones. Think of things that need to be finished today or at least within the week. Then you number the tasks 1-6, 1 being the most important and 6 being the least important. Then get to work going through the list from 1 to 6.

This method keeps your list short because you can only do so much in the day. The idea is that if you got nothing else done but those 6 things that’s okay because you did the most important tasks for the day. It also reduces “decision fatigue” when it comes to trying to figure out what to do next. There is no decision to be made and no time to be wasted because you have 6 tasks listed from most to least important. Easy!

I have recently started creating sections for my tasks and it has been so helpful! There can be so much to do in life whether it’s at home, at school, at work, for your family, etc. So, why should there only be one list? Start creating subsections of your to-do list (example: work tasks, home tasks, personal tasks). It will not only help keep things more clear in your brain but it will allow you to actually focus on those items during the time you need to like work tasks at work time or chores during home time.

If you struggle to focus on your goals and make consistent progress, grab this PDF printable weekly planner! For all my dreamers & doers 🙂

To-do lists can become very overwhelming if you have too many tasks on there that require multiple steps. For example, if you write down “blog post” on your list it can then become a little stressful when you go to complete the blog post and realize you don’t have time for all the steps involved in the time you allotted. This would be a good time to use a checklist to break down the task (research topic, write a post, take pictures, etc.) so then you can check things off as you go.

Of course, you don’t need to do this for every single complex task especially if you do it all the time. But it can be really helpful for projects you are working on or to just clear up a task that could be kind of vague.

It can be really helpful to give yourself a “due date” for certain tasks. This will hopefully deter rolling tasks over to the next day forever because you have a date in mind that you want it done. Think of it like a date in your calendar. If you had lunch with a friend on Saturday at 12 pm would you just not go? Probably not. So, if you have important tasks start scheduling a day/ time for them to be completed.

I do this at work. When I have a lot of paperwork or tasks to do that aren’t necessarily scheduled in my planner like a meeting is, I look at my day ahead and fill in the gaps with certain tasks. For example, if I need to finish a report I will write in my planner “10 am report writing.” Or if I need to make phone calls to schedule meetings I will write in “1 pm make phone calls.” That way I am giving myself a time to do it (which also makes sure I touch each task that day instead of working for hours on something and then not having time for the rest).

Again, it really is up to you how you write a to do list and plan your time. What works for me might not work for you and vice versa. These are some really awesome ways to write your lists and plan your tasks!

The moral of the story is that everyone can be a little more organized when it comes to completing tasks and to-do lists! For those of you with big goals it is important to stay on top of things, even if the tasks are just keeping the house tidy or running errands. I always like to think about how a clutter free and tidy home makes me feel and then remind myself that a clutter free mind is just as important! So write those to-do lists, prioritize the tasks, and get to work friends ❤

How do you write to-do lists? 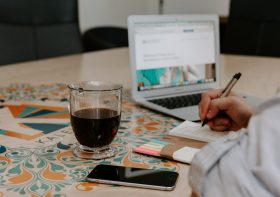 How To Change Your Life With A Habit Audit 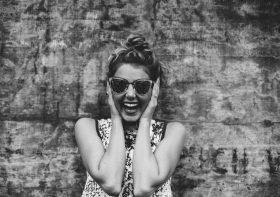 The Best Journal Prompts For Boosting Your Self-confidence 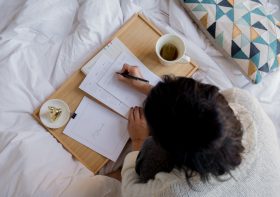 How To Boost Your Productivity Using Theme Days