Recent Reads: 8 Books That Were Great From Start To Finish 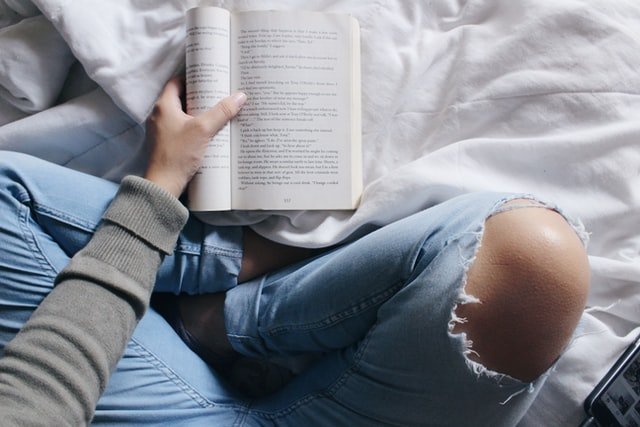 If you know anything about me, you know that I am an avid reader! I have always loved books and have found joy in reading. It might sound a little crazy to you if you aren’t a big reader but I normally prefer reading over watching TV or movies. Reading a book is just like watching a movie to me. It plays out in my mind and I can picture things how I want to picture them which just makes the experience better for me! I know my fellow readers will get what I’m saying here haha.

I have read a lot of really good books lately and people are always asking for my book recs and whatnot so I figured this would be the perfect way to share this! I also have an Instagram dedicated to books (aka: bookstagram) so if you are into that type of thing check me out here!

Let’s just jump into it! Here are the books I’ve been reading in the last couple months…

THE PLUS ONE PACT by Portia MacIntosh

This was a 5 star read for me! Loved every second of it.

Goodreads synopsis: Cara has officially run out of men. Her most recent dates have gone from bad to worse, and when her dating app informs her there is no one left in her area to choose from, she is at a dead end.

But with a summer of events ahead of her, she needs to find a solution, fast; someone to keep her company at the never-ending weddings, family gatherings and gender reveal parties that she can’t face going to alone. So when she meets handsome, confident, Millsy on a night out she may be in luck. They could not be more different in personality, but he too has a summer of events ahead and is desperate to get his family off his back about finding a ‘nice girl’. What if they made a pact to help each other out and be a plus one for the summer? Just as friends of course…?

EVERYTHING IS FIGUREOUTABLE by Marie Farleo

I have a blog post coming up soon about how this book changed my life so it’s easy to say this was a great book!!

Goodreads synopsis: Do you ever have trouble finishing what you start? Do amazing ideas come to you all the time but after the initial excitement wanes you struggle to follow through? If you’re creative and ambitious, the answer is likely yes.

The problem isn’t you. It’s not that you’re not hardworking, intelligent or deserving, but that you haven’t yet installed the one key belief that will change everything: Everything is figureoutable.

THE LAST DAUGHTER OF YORK by Nicola Cornick

I was sent this book by the publisher to review and I’m so happy I was because I loved it! Nicola Cornick is one of my fav authors!

Goodreads synopsis: In the winter of 1483, Francis Lovell is Richard III’s Lord Chamberlain and confidant, but the threat of Henry Tudor’s rebels has the king entrusting to Francis and his wife, Anne, his most crucial mission: protecting the young Richard of York, his brother’s surviving son and a threat to Henry’s claims to the throne.

Two years later, Richard III is dead, and Anne hides the young prince of York while Francis is hunted by agents of the new king, Henry VII. Running out of options to keep her husband and the boy safe, Anne uses the power of an ancient family relic to send them away, knowing that in doing so she will never see Francis again.

In the present day, Serena Warren has been haunted by her past ever since her twin sister, Caitlin, disappeared. But when Caitlin’s bones are discovered interred in a church vault that hasn’t been opened since the eighteenth century, the police are baffled. Piecing together local folklore that speaks of a magical relic with her own hazy memories of the day Caitlin vanished, Serena begins to uncover an impossible secret that her grandfather has kept hidden, one that connects her to Anne, Francis and the young Duke of York.

THE DEATH OF MRS. WESTAWAY by Ruth Ware

Ruth Ware has quite the selection of wonderful thrillers to pick from and this one was on my list for a while! I read this during spooky season and it was such a good fit!

Goodreads synopsis: On a day that begins like any other, Hal receives a mysterious letter bequeathing her a substantial inheritance. She realizes very quickly that the letter was sent to the wrong person—but also that the cold-reading skills she’s honed as a tarot card reader might help her claim the money.

Soon, Hal finds herself at the funeral of the deceased…where it dawns on her that there is something very, very wrong about this strange situation and the inheritance at the centre of it.

This is a book about pirates, magic, and a big ol’ mystery and it was a fun read!

Goodreads synopsis: The Blood Bell tolls, marking the death of the pirate king and the start of the Trials—a heart-stopping competition where the reward is the Bone Crown. Only one contender can claim the coveted island throne; each will gamble life and limb to win.

Csilla Abado yearns to prove her strength to the seasoned pirates who balk at her youth and to her elder sister who has always craved Csilla’s captainship. She will risk everything to become the first pirate queen, no matter the cost.

Kane Blackwater wants to leave behind the dirty gold and shady trades he’s made to keep his father’s ship, the Iron Jewel, alive. The Trials represent a new beginning—yet rumors of a secret heir are swirling, threatening his hopes of becoming the pirate king.

Lorelei Penny longs for nothing more than to avenge her mother’s death. Stowing away on the Iron Jewel was supposed to get her closer to the killer, but instead she finds herself caught up in the deadly battle where loyalty and desire collide.

Csilla. Kane. Lorelei. Each on a mission. The sea, however, has other plans. Dark tides are rising, and if they aren’t careful, they’ll surely drown.

THE LIGHTHOUSE WITCHES by C.J Cooke

A very good witchy read! Was on the edge of my seat the whole time!

Goodreads synopsis: When single mother Liv is commissioned to paint a mural in a 100-year-old lighthouse on a remote Scottish island, it’s an opportunity to start over with her three daughters–Luna, Sapphire, and Clover. When two of her daughters go missing, she’s frantic. She learns that the cave beneath the lighthouse was once a prison for women accused of witchcraft. The locals warn her about wildlings, supernatural beings who mimic human children, created by witches for revenge. Liv is told wildlings are dangerous and must be killed.

Twenty-two years later, Luna has been searching for her missing sisters and mother. When she receives a call about her youngest sister, Clover, she’s initially ecstatic. Clover is the sister she remembers–except she’s still seven years old, the age she was when she vanished. Luna is worried Clover is a wildling. Luna has few memories of her time on the island, but she’ll have to return to find the truth of what happened to her family. But she doesn’t realize just how much the truth will change her.

A really great book by comedian Sebastian Maniscalco!! I love his stand up so I loved the book. Has so many funny stories and a lot of heart.

Goodreads synopsis: At twenty-four, Sebastian Maniscalco arrived in LA with a suitcase and saved up minimum wages. He knew no one and nothing about standup comedy, but he was determined to go for it anyway.

At forty-four, he’s on the Forbes’ list of highest earning comedians, sells out arenas, and has starred in four hit comedy specials including Why Would You Do That? on Showtime.

Stay Hungry tells the story of the twenty years in between. On the way from clueless rube to standup superstar, Seb was booed off stages; survived on tips and stolen food; got advice from mentors Andrew Dice Clay, Vince Vaughn, Tony Danza, and Jerry Seinfeld; fell in love; and stayed true to his Italian-immigrant roots. The one code that always kept him going: stay hungry, keep focused, never give up, and one day, you’ll make it.

A reallllyyy popular book that was slow to get going but was such a wild ride. Dark academia, magic, secret societies… everything you need!

Goodreads synopsis: Galaxy “Alex” Stern is the most unlikely member of Yale’s freshman class. Raised in the Los Angeles hinterlands by a hippie mom, Alex dropped out of school early and into a world of shady drug dealer boyfriends, dead-end jobs, and much, much worse. By age twenty, in fact, she is the sole survivor of a horrific, unsolved multiple homicide. Some might say she’s thrown her life away. But at her hospital bed, Alex is offered a second chance: to attend one of the world’s most elite universities on a full ride. What’s the catch, and why her?

Still searching for answers to this herself, Alex arrives in New Haven tasked by her mysterious benefactors with monitoring the activities of Yale’s secret societies. These eight windowless “tombs” are well-known to be haunts of the future rich and powerful, from high-ranking politicos to Wall Street and Hollywood’s biggest players. But their occult activities are revealed to be more sinister and more extraordinary than any paranoid imagination might conceive.

I have read a total of 47 books this year which is amazing! Last year I read 60 and I hoped to reach that again but I don’t think that will happen haha but honestly, I’m happy with my reading this year and all the amazing books I’ve read. I’ll do a reading wrap up at the end of the year with ALL the books I read!

Something I’ve been getting into lately is audiobooks. If you enjoy podcasts I would highly recommend audiobooks because they are super similar! I started out only listening to non-fiction or celebrity memoirs because I found them easier to follow. Now, I’m really enjoying listening to rom-com stories!! Great way to pass time in the car!

I hope you found some new books to read from this post!

Related post: 6 books to read to boost your mood

What books have you read recently? Are you going to add any of these to your list?? 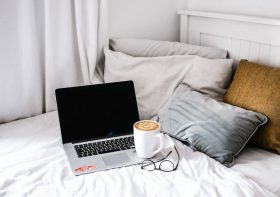 8 Blogs To Read When You Need A Little Inspiration 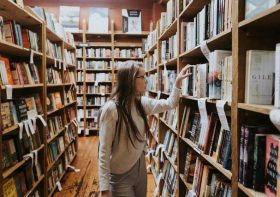 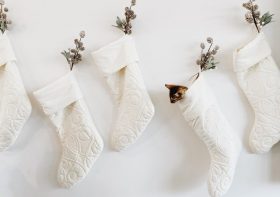 I’m Deanna, a twenty-something blogger just trying to figure it all out. I share things I love and all the little things I’m learning along the way. So, grab your fav drink and enjoy!